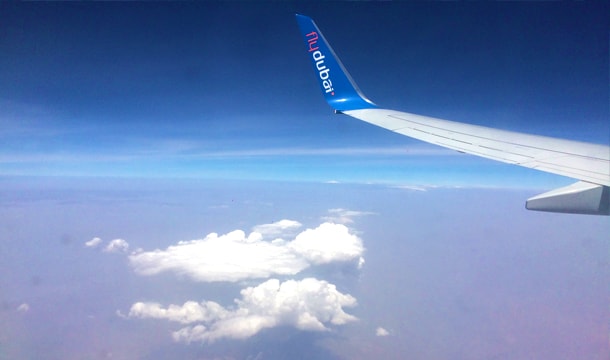 My company had the brilliant idea to go send me on a visa run to Oman by plane. Apparently that’s a thing to change visa status, before getting an employment visa.

First surprise is that they were paying for it. Second surprise was that they are so cheap that the flight was after work hours  (no consideration for employees fatigue whatsoever). And last but not least of surprises, the cheap airlines they made me fly with is located at another airport terminal than usual, with no connection to the metro, hence the obligation to cab it there.

When I arrived I saw a huge line of fuckers with tons of baggage, and since I had absolutely none I went to the computer thingy that swallow the passport and spit out a ticket.
When done with a help of an efficient Pinoy Master, I straight went to immigration, wait for obviously a good 30mn, then my turn comes. It doesn’t take time at all. The nigga tells me I have overstay and sends me to another office aside to jam it real good.

There I entered in a whole different world. What I thought was the emir of the country was over throned by just a basic mofo, with little power in his hands, and not willing to make good with it. The way people are treated in this room is similar to war prisoners; they are not allowed to kill you, but they make you feel like they can at anytime.

After calculation of the value of my meat, and the number of so called overstay days, the bribe came down to 2,900dhs. Neither the authority told me I was gonna go overstay when I recently entered the country, neither the pathetic HR person of my company that planned perhaps a 200dhs fine. It was 10,5 times more, you deserve that much in months of jail time bitch.

I luckily get in the plane (shit airlines are always late) and can start to not rest because the flight isn’t long. There are two empty places next to me and I have the window seat; perfect. So I spread my shit all over, and I ask a waitress when I can order a little something. She yells at me while running: “after take off!”… Fair enough, bloody vagina, fair enough.
But what I didn’t know is that I wasn’t the most late person to enter the plane, people were still getting in 20mn after I sat, including those two Omani people that put their asses right next to me. Fuck me.

Finally the time comes and the cheap hostesses of the second quality airline come by the aisle with their pathetic tray of shame. I deigned order a Jack Daniel’s Combo with peanuts and Diet Pepsi, to give them a purpose in life. And also to piss the fuck out those gentlemen next to me, drinking my JD like a whitey next to them, in my little flying bar of haram.

We eventually arrived and landed in the Sultanate of my balls sack. I wave bye to the hostesses, and we were so late I asked “do you think I will make it to my connection back to Dubai?” and she goes “Yes, the plane will wait for you”. We were invited to wait quite some time and take a bus that lead us to 300m further. I rushed through the corridors of this stinky ass airport, for no good reasons indeed. I had to go to the same gate, take the same bus, and go back in the same plane. Of course the plane was fucking gonna wait for me, bitch!

On the way back to Dubai, again I have noone next to me. I waited a bit more to make sure, and still when taking off, noone came running on the asphalt to fuck me over and my extra seats –  indescriptive joy. But that was not counting the persons IN THE PLANE already. While I was getting comfy over the three seats given to me by the god of planes, in the row adjacent to mine a gray haired suited up motherfucker ask me if he can come over to put his body on my seats. I’m like “meh”, meaning “fuck no asshole, these are mine”. He comes. I found very delicate from him to tell me that he wanted to move because the guy next to him was smelling bad. I never wished so much I had shat my pants and rubbed it all on the seat that he would have never taken.
I was watching a movie. The screen on the window seat was not working, so when this pirate came over, I couldn’t go away to leave a space between us, I GOT JUST FUCKED TIL MY BONE. Then the sempiternal fight for the armrest started.

I waited forever in the line to go through “immigration”, to see if my passport was halal or not. Then comes my turn, and no actually. The guy in front of me got stuck with a rebellious eye scanner. After a technician was sent there to turn off and on again the system (surely requires a MBA though), he did not succeed to fix it.

While all of this is happening, the female local person checking passports on the line next to us didn’t judge it was advisable to get one person from each line at a time. Just so people don’t get so frustrated to wait more than others, just because they happen to get fucked in life and always chose the wrong line. So she patiently went through all her line and then proceeded with ours; mine!

Comes my turn after a whole line of fuckers. My eyes are being scanned efficiently (remember remember, that Chinese-Pinoy who was told to open his eyes more, miskeen). I’m then being sent to another office with no explanation whatsoever, to wait and stress my ass off some more.

There, a fucker made out of leather waiting beside me thought I was half seat, half a person. He was chewing his gum like the last of bastards, and was for a moment touching my foot, or my leg with his, just like an American biker monkey would do, this after I gently told him to back off from my privates area.

I see in the office next by some headgeared gentlemen handling my passport and yelling things in the fine native language they possess, and I wonder “what the fuck again?”. I go there and ask “is there a problem?” and I obviously get no answer but cold shoulders and dead staring. Eventually my passport goes from one hand to another, I hear my name and I’m called to come pick it up to leave, with no answers to my wonders. I leave.

I go to the duty free and by fucking loads of alcohol to forget this fucking day of bullshit.